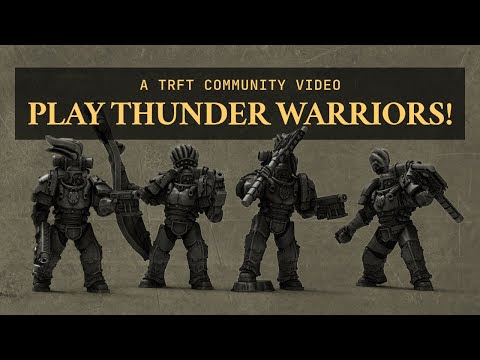 Hi guys, Well, the initial interest from the first Unification Wars video has been quite high with some extremely enthusiastic comments from people. So much so we thought it only fair to give you all an update on the development of the project! This marks the beginning of a series of diary entries, focusing on what the team have been developing and what is in the pipeline. We have some exciting progress to share with you all, keeping you appraised as we take this journey together. So, what have we been working on? Battlescribe After the initial launch video last week the development team have been hard at work tidying up some extra units and converting them into a format that can be used in BattleScribe. For those that don't know what BattleScribe is - it is a fast and powerful army list creator for tabletop wargamers. In our case, the team want to provide you with an easy to use TRFT Legio Cataegis Army list so you can get a contingent of Thunder Warriors out onto the table as fas
Post a Comment
Read more

The Unification Wars have started! 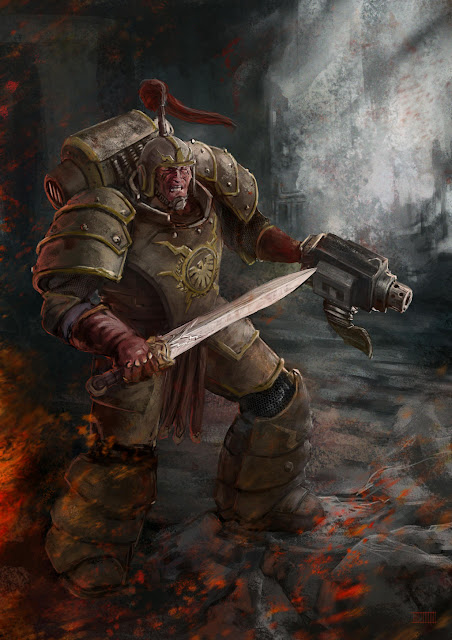 Artwork by  Diamondaectann   Hi guys,  After several weeks of secretive development which involved a lot of research, rumination, and several long meetings, our secret A-team of 7 Race for Terra community members (Andrés, Jan, Lukas, Nick, Rick, Tapio, and yours truly) is ready to present to you our open beta Forces of Unity Army List , which will allow 30k players to field a unique army of Thunder Warriors (alongside allied Imperialis Militia and/or Talons of the Emperor detachments if they wish).  Rather than create rules in a vacuum, or just based on vague "lore", we have scoured every line of Chris Wraight's excellent novel Valdor: Birth of the Imperium for all references to the Unification Wars, and more specifically, to the Thunder Warriors, which as those familiar with VBotI will know, were actually known at the time as Legiones Cataegis .  This initial, open beta release is meant to be used alongside the existing Age of Darkness ruleset; we have only created some
Post a Comment
Read more